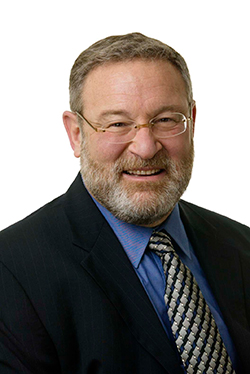 Zvi Bodie is an independent educator, writer, speaker, and consultant on finance and the financial system. He has published widely on pension finance and investment strategy in leading professional journals, and is best known for applying modern financial theory to lifecycle saving and investing.

Bodie has popularized the idea of hedging against inflation using series I savings bonds, TIPS, and CPI- linked annuities in defined contribution pension and saving plans. He also has advocated strategies that guarantee a minimum retirement life-long income regardless of the performance of the stock market.

Together with Nobel Laureate Robert C. Merton, he has developed a framework for the analysis of financial system design that they call Functional and Structural Finance. This framework synthesizes neoclassical, transaction cost, and behavioral theories of finance and posits that a financial system performs six basic functions that change very slowly over time and across borders. The institutions that perform these functions change much more quickly and differ across borders.

Bodie has directed major research projects for the National Bureau of Economic Research and the Pension Research Council. With the support of the CFA Institute Research Foundation, he organized a series of three conferences on the future of lifecycle saving and investing (2006, 2008, 2010), and edited the resultant conference volumes. Bodie has also published papers in academic journals, authored many books on pensions, coauthored two textbooks, and written two books for the mass market. Among his books on pensions are Foundations of Pension Finance, Pensions in the U.S. Economy, Issues in Pension Economics, and Financial Aspects of the U.S. Pension System. His textbook, Investments, coauthored with Alex Kane and Alan Marcus, is used in all the major business schools around the globe and has been translated into 10 languages in addition to English. With Nobel Laureate in Economics, Robert C. Merton, Bodie co-authored an introductory textbook Financial Economics which has been translated into 9 languages. His books for the mass market are Worry Free Investing and Risk Less and Prosper.

Bodie is Professor Emeritus at Boston University where he taught from 1972 to 2013 and has served on the finance faculty at the Harvard Business School (1992-1994) and MIT Sloan School of Management (2008-9). In 2007 the Retirement Income Industry Association gave Bodie their Lifetime Achievement Award for applied research. And in 2019, the Plan Sponsors Council of America selected him for their lifetime achievement award.

Bodie holds a PhD in economics (1975) from the Massachusetts Institute of Technology, an M.A. in Economics (1970) from the Hebrew University, and a B.A. with Honors in Philosophy (1965) from Brooklyn College.